Meet Conor Devine. A story of multiple sclerosis and Ironman and of healing through a plant-based lifestyle.

We had the absolute pleasure of chatting to Conor who, despite being only 41, has a rather remarkable story to tell. You can watch the full interview here or scroll down for the highlights.

Multiple Sclerosis (MS) is “a chronic, typically progressive disease involving damage to the sheaths of nerve cells in the brain and spinal cord, whose symptoms may include numbness, impairment of speech and of muscular coordination, blurred vision, and severe fatigue”.

Conor has always immersed himself in sport and even played semi-professional football for 10 years.

“13 years ago, I went on holiday to Mauritius. I got sick one day and over the next 12 months was really really ill. Work stopped. Football stopped. My life stopped. Pretty much 12 months to the day later I was diagnosed with MS”.

He remembers his neurologist saying “You’re probably never going to play sport again. You’re probably going to need to get a new job. You’re going to be on drugs the rest of your life”.

“My whole world had come to an end and I really struggled in the following few years to understand and accept the diagnosis. It was a massive dream-stealer. I went through several nervous breakdowns. My mental health was poor, I had many suicidal thoughts and my physical condition was clearly also bad”.

“Round about 2010, I was looking for hope. MS is a very negative condition and I couldn’t find anyone who was living well with the illness and thought I was pigeon-holed to nothing but deterioration”.

After hours, days, week of searching, Conor began to find inspiration, initially in books written by Montel Williams. They spurred Conor on to make a change and hope for a different future. 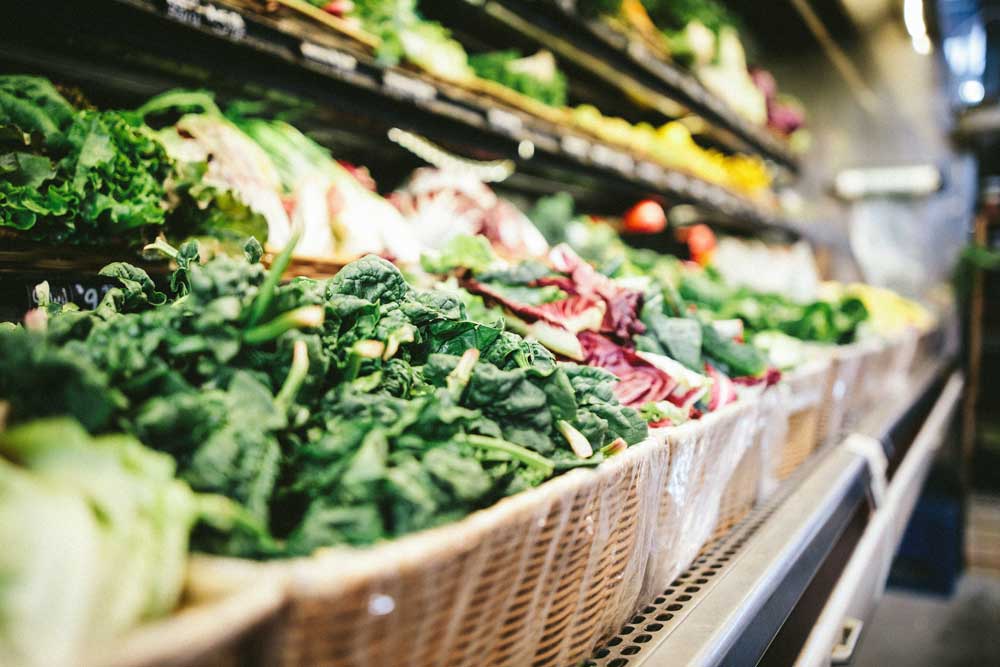 Of course, to have hope Conor had to ignore the barrage of negativity surrounding MS diagnosis. I wondered how hard it was for Conor to only listen to the few positive stories out there.

“Ultimately in my DNA I’m a competitive person. Many characteristics were developed playing sport in school. That’s why I love speaking in school now. I encourage people to play sports because it was the lessons learned through sport that have helped me overcome this disease.

The more I looked, the more I found people overcoming their own struggles. And so many inspire me. There’s inspiration everywhere, all around us. That’s what triggered my recovery”.

“There are so many people out there today willing to offer nutrition advice. There are literally hundreds of diets out there. Here’s where I’m at with this:

About 2014 I came across a neurologist in Canada – her name was Dr Terry Wahls. She had MS. Over 10 years, she became increasingly debilitated and was on a lot of conventional drugs. She was in a wheelchair.

But she decided to stop taking the drugs and instead to treat her condition with nutrition only.

She decided to solely consume foods complimentary to brain health, which is pretty much fruit and vegetables. Not only did she arrest the decline of her MS, but it stabilised within 3 months. 12 months later she was out of her wheelchair, walking and cycling to work”.

Dr Terry Wahls’ story struck a chord with Conor. And has clearly touched many others too, as her Ted X YouTube Video Minding Your Mitochondria now has over 3 million views.

“I'm on an ongoing journey of personal development. One of them is nutrition. What I’ve found out is that at the centre of most illnesses is that all of them are progressed by inflammation. Inflammation seems to be the real problem in the body.

Wouldn’t it therefore be clever to eat a diet which is anti-inflammatory?

A plant-based diet is the most anti-inflammatory out there”. 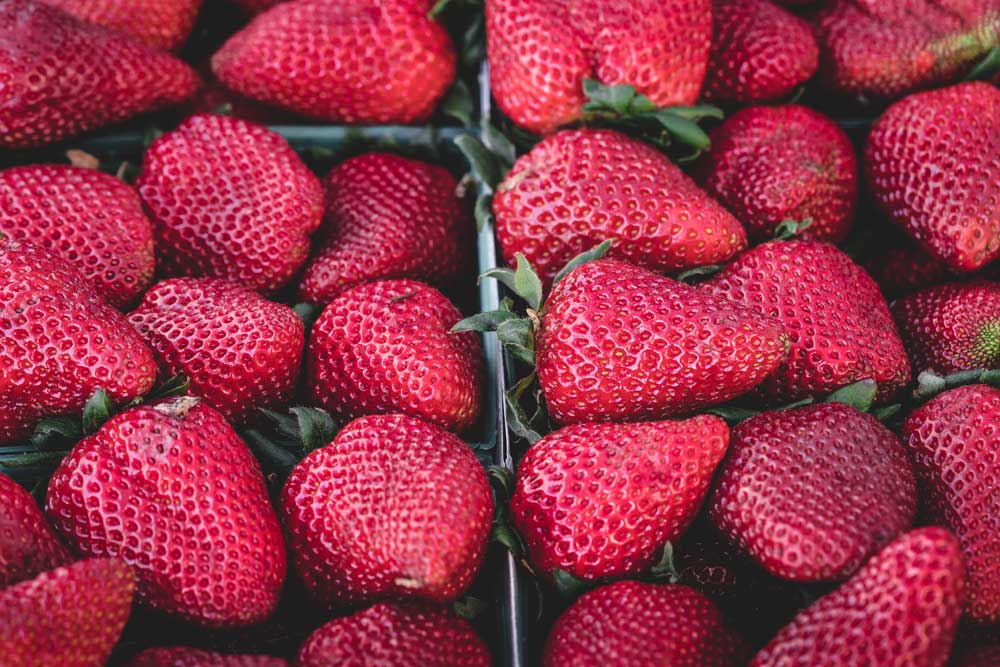 Switching to a plant-based diet has allowed Conor to “stop all form of conventional medicine after injecting for 9 years. I don’t take any medication any more”.

Just absorb that sentence or a moment. That is astonishing.

“I live on a whole plant-based diet and my health is the best it’s been since being diagnosed with MS”.

What did his doctors say?

Conor’s journey towards a plant-based lifestyle began when he watched Forks Over Knives on Netflix.

“In 2016 I stopped my conventional medication. It was against doctor’s advice. I’d decided to go a different path and my gut told me it was the right thing to do.

When I was speaking at this [plant-based doctors of Ireland] conference, this decision was validated.

It was empowering for me to witness the explosion of the plant-based narrative. Now we have doctors and consultants who begin their consultations from a nutrition stance. That’s an incredible development.

I’m overwhelmed and enthused at the progression of this science getting out into the public domain and by how open people are to the conversation to reducing meat and dairy in their diet and switching to a more plant-based lifestyle”.

To know that GPs are also listening is incredible. In a world where it’s easier to prescribe a pill than encourage a change in a patient’s diet, this is hugely promising.

How to make the change

We round things off with sage advice from Conor on how to make changes in your own life. He's now a multiple Ironman triathlete and marathon runner. 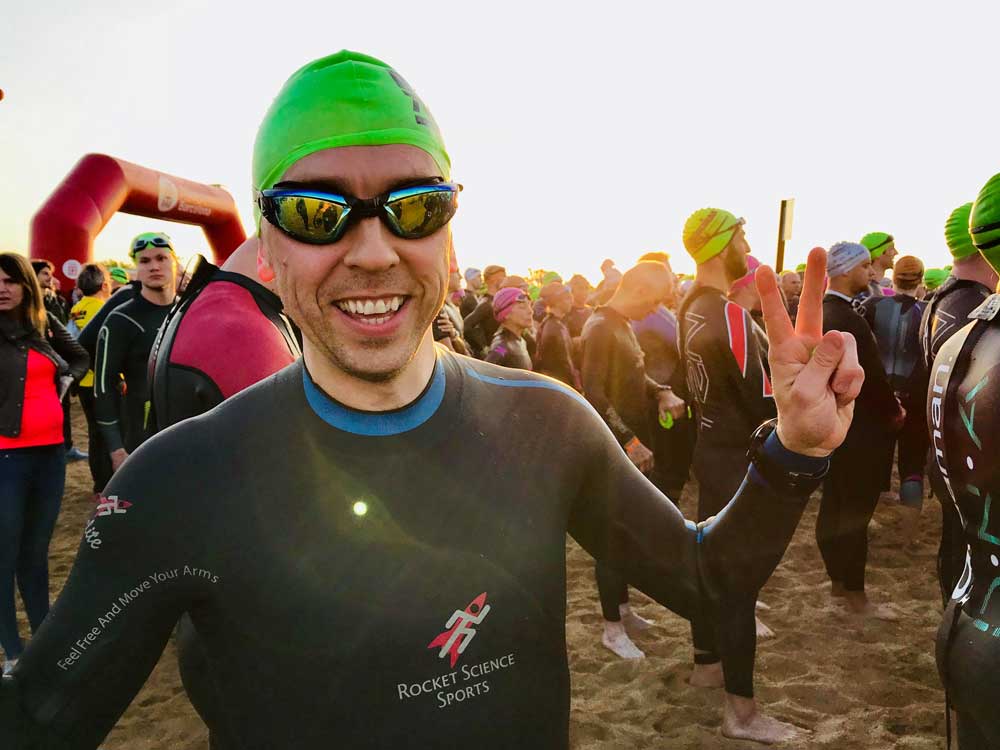 Since switching to a plant-based diet, Conor has been able to discontinue all medicine and excel as an endurance athlete

“I think most of us want to be healthier, happier and we all want to be content.

What I then say to people is ‘don’t be like me’.

I was coasting through life to 28. I was suddenly wiped out with this illness. Don’t be like me. Make the change now. Be open minded. Do the work. Watch Knives Over Forks. Have a look at your week, your day, what you’re eating. Most people by now probably now know we need to reduce our meat consumption. That message appears to be getting out there.

I’m very against telling people what they should or shouldn’t eat. It’s very evangelistic and it switches people off. It’s not the way to go. But I do ask people:

If you want to be all of those three things, keep an open mind and start to take back control.

If you want to achieve any success in life, you’ve got to put in the work. Success doesn’t happen overnight. You have to work hard at it. Every single day.

There’s no secret to success other than tenacity…turning up and doing the work”.

From the Vlog - from pro cyclist to paralysis and back again

From the Podcast - Never Give Up! Lessons of life with Ironman Triathlete Conor Devine

Conor Devine website – learn more, and be inspired by, this incredible man.

Why We Sleep: The New Science of Sleep and Dreams, by Matthew Walker.

Forks Over Knives – available on Netflix