The story of our bars begins on a plane somewhere over the Alps flying from Rome to London in 2002, because it was here that Erica and I first met. An Italian, she was coming to the UK to work on a project, while I was on my way home to the UK after a job in Italy. Love was in the air that day big time and we've been together ever since. We were married in Italy in 2009. 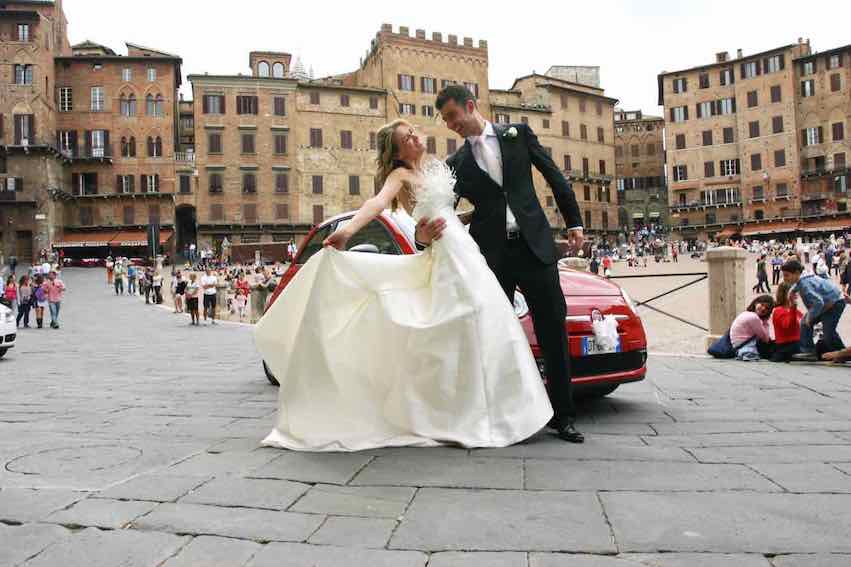 Getting hitched in Siena back in 2009 (Panforte just out of shot ;))

And it's here our bars first rear their heads, because our wedding reception was in a tiny hilltop village in Tuscany, a place we spent a lot of time in before, during and after the big day and one we still return to regularly. And after our early morning training runs or rides through the stunning Tuscan countryside whenever we're there, we make a beeline for the local pasticceria which serves the most phenomenal coffee and handmade local treats.

Our standout favourite is always the same - their incredible Panforte.

Literally translated as 'strong bread' this is a mighty combination of crushed fruit, nuts, honey and spices smooshed together and served up in slices. A nutrient dense real food delight that satisfies tastebuds and performance, looking forward to it's delectable hit fuels us through the end of fast sessions, while on longer runs or rides you'll usually find a slice or two tucked into our pockets or packs alongside our Chia Energy Gels and Better Fuel. 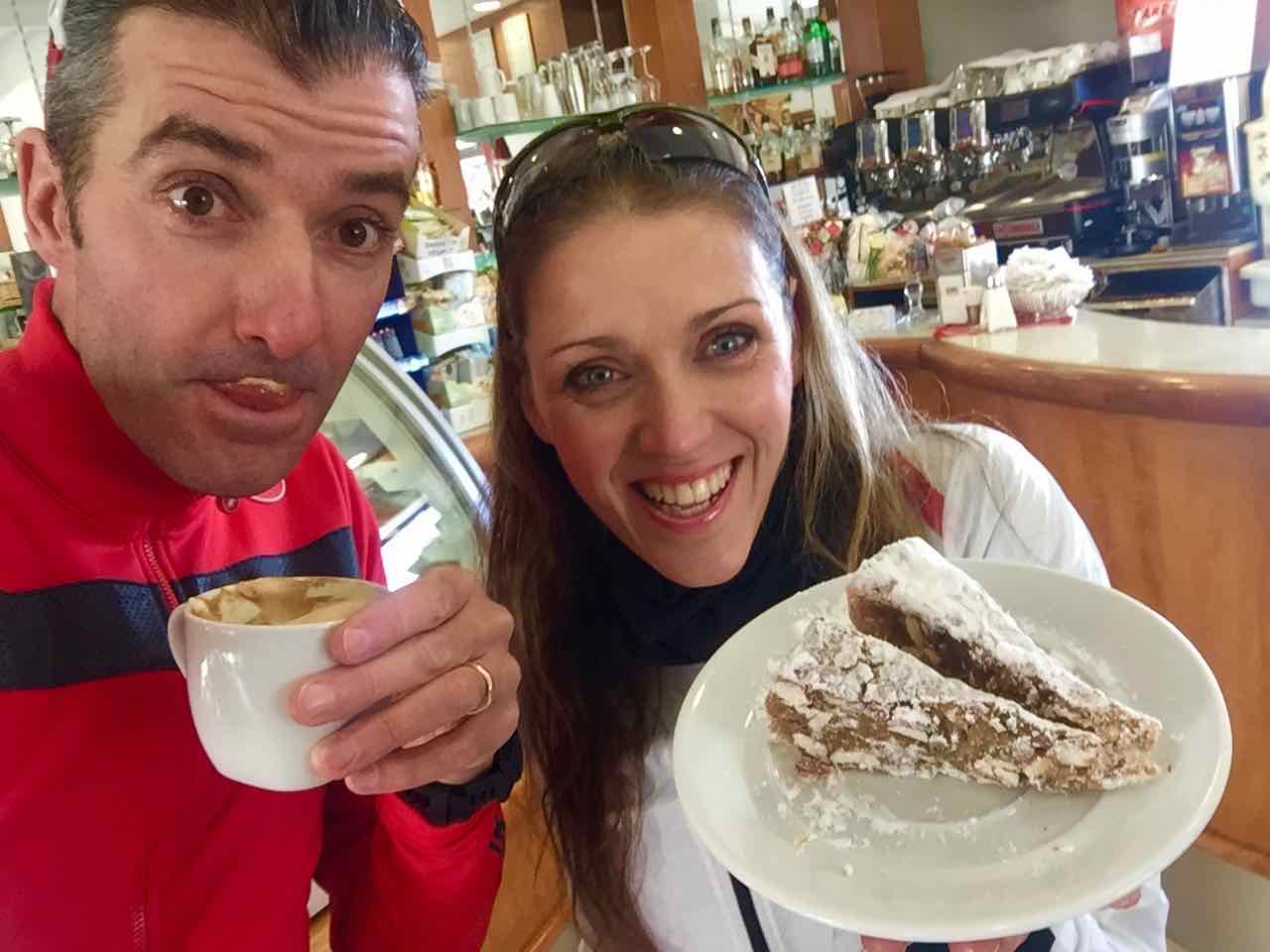 Created centuries ago in Tuscany as portable fuel for soldiers on long campaigns, panforte is still only produced in Tuscany where it's made among a small band of dedicated producers who take their craft as seriously as their food.

For years now we've been plotting on how to create high performance bars from this most perfect of wholefood high performance bases and every time we returned to Tuscany and tucked into that first bite we'd go back to the drawing board.

Two years ago we set the project in motion at last and today we are excited beyond belief to bring a taste of Tuscany to athletes everywhere with our two bars, the 33Fuel Amore Energy Bar and the 33Fuel Eroica Protein bar.

33Fuel's Amore & Eroica: where do the names come from?

L'Eroica (in English 'The Heroic') is a legendary cycle race mixing Tuscany's twisting tarmac with its equally twisty (and bumpy) 'strade bianche' or 'white roads'. These are narrow unpaved dirt tracks that criss-cross the rolling hills, olive groves and vineyards of the region, so-called because of their distinctive white colour.

The race began as a classic summer event, but fast became such a fixture among ex-pros that another version is now run as one of the opening Spring Classics of the professional season. 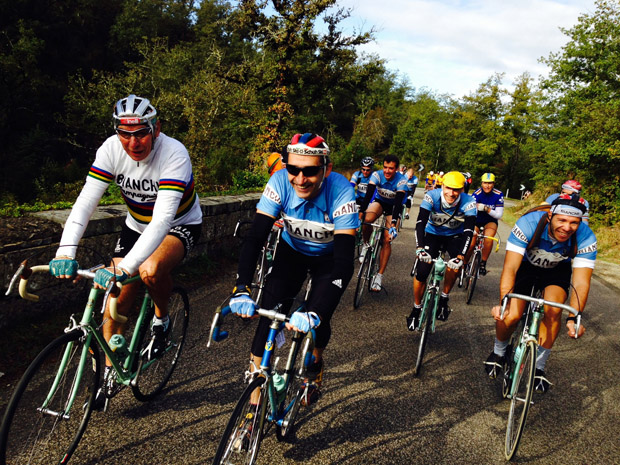 33Fuel's Warren (3rd from left, no helmet) takes on the 2013 L'Eroica with 1973 World Champion and winner of all three major Grand Tours Felice Gimondi (1st left) and legendary Italian climber and 1999 Alpe d'Huez stage winner Giuseppe Guerini (2nd left). Former pro and total inspiration Fred Morini is also in the mix (yellow hat, 2nd from right). With 120km still to go at this stage it's likely everyone in this shot is packing some panforte in a shirt pocket!

L'Eroica is a hard race, on a hard course, for hard riders and with a name that literally does mean 'The Heroic' we couldn't think of a better monicker for this most mighty of bars to reward heroes in all sports at the end of their labours. With each bar weighing in at a whopping 100 grams and packing 20 grams of the highest quality protein alongside 409 natural wholefood calories, this is every hero's hard-earned delight.

'Amore' is Italian for love, and this was always the perfect name for our panforte inspired energy bar because you and your performance are going to love this bar, while thanks to its standout all natural ingredient quality and powerful nutrient profile, it's going to love you right back.

Note: if do happen to have any of these in an Italian household, confusion may occur. This is because 'amore' is also the most common form of endearment between Italian couples, so in any Italian house you'll regularly be surrounded by an ongoing chorus of 'amores' as conversation flows. Don't worry, they're not after your bars ;)

And that friends, is the story of how these bars made it all the way from Tuscany, to you. Enjoy!